Our Partner Wine Estates by region>Beaujolais

Beaujolais There are 32 products. 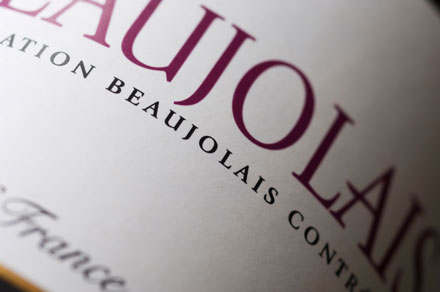 See the latest sales in this region

Officially part of Burgundy, the vineyards of Beaujolais differ both in terms of the undulating landscape and the grape type used: here, gamay is king!

The region extends for 50 km from North to South, averaging 15 km in width. There are 18,400 hectares of vineyards, producing an average of 1 million bottles annually.

The Beaujolais climate is temperate, influenced by three different components: continental, oceanic and/or mediterranean. The contrast in temperature can sometimes by extreme, depending on the prevailing winds.

The region enjoys good hours of sunshine on the best hillside locations.

Production is 99% red wine, with 10 different vineyard villages (Brouilly, Chénas, Chirouble, Côte de Brouilly, Fleurie, Juliénas, Morgon, Moulin-à-Vent, Régnié and Saint-Amour). This is in addition to the more generic Beaujolais and Beaujolais Villages and 1% of white wine (chardonnay). Altitude varies from 190 to 550 metres.

In general, Beaujolais wines are low in tannin, fresh, lively and very flavoursome. Some vintages have good potential for ageing (a decade or more for good years).